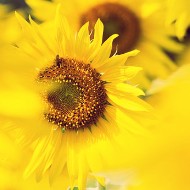 Ian Connor, President, CEO, and owner of The Running Store, Inc., was born and raised in the great mid-western state of Ohio. His passion for running and competition began during the tender years of Junior High School, along sleepy two-lane highways of Lexington – a town of yesteryear and modernity - his fiercest rivals were horse-driven Amish buggies and determined young farmers. This developed and progressed into – not just one, but three - State Championships in High School, and ultimately an athletic scholarship to Ohio State University. As a Buckeye scholar-athlete, Ian earned his Bachelors of Science degree, dual majoring in Exercise Science and Psychology. He was named Captain of the OSU Track and Cross-Country Teams, was a Big Ten Champion and NCAA Runner-up (3000m Steeplechase), and earned Academic All-Big Ten and Academic All-American accolades.

Post-collegiately, Ian spent several years as a professional runner, enjoying success as a member of the U.S. Team at the World Cross Country Championships, a semifinalist in the 1500m at the 2004 Olympic Trials, in addition to racing competitively for Nike and the North-Carolina based ZAP Fitness Team.

He is listed on the “U.S. Sub-4 Minute Miler’s Club” as the 255th American to break the 4-minute mile barrier, clocking a 3:58:24 indoor mile. (https://trackandfieldnews.com/u-s-sub-400-milers-club-chronologically/)

Ian’s departure from professional running – the unfortunate result of an injury he is determined to help others avoid - evolved into a career change to running and fitness-related sales as a Territory Manager, serving specialty running stores throughout the Eastern United States. His background and successes in the running and racing community, coupled with his drive and the depth of his knowledge and experience in retail management, led him to Gainesville (VA), where he was asked to join The Running Store team as its founding General Manager in 2007. He ultimately purchased the store in 2012, and has been the owner since.

Ian resides in the area with his lovely wife, Asia, and their daughter, Chloe. As a small-business owner, coach, and as a husband and father, Ian believes in community involvement and investing locally. Past, present, and future he exemplifies this in myriad fashion -- by running, shopping, and dining locally; coaching the cross country and track teams at Patriot High School; and helping to manage Fun Run Racing, a sister organization that manages and hosts community running/racing events that, in turn, promote and assist local charities and foundations.

As President, CEO, and proud owner of The Running Store, Ian strives to provide the best products, services, and education for each and every customer. As he is always ‘on the run’ literally and figuratively, he has assembled and trained a motivated, diverse, and knowledgeable team of caring and helpful staff members to assist any one and every one of all levels, age, ability, and challenges. Ian knows competitive and non-competitive running, fitness, and health – textbook and real-life experiences; he’s run it, done it, and lived it. With this foundation and the goal to help others help themselves achieve their healthiest, happiest lifestyle possible, you owe it to yourself to visit 7343 Atlas Walk Way and the dedicated and dynamic “Ian team” at The Running Store.